Been a bit of a case of feast or famine over the past few weeks but that’s just the way it goes sometimes. But with the Premier League back, I’m hoping it’s at least a hearty meal if not as full blown feast.

I wouldn’t put anyone off backing Crystal Palace outright, so poor have West Ham been for no particularly good reason. Well, I say that. They have been missing Andy Carroll (love him or hate him he’s always a handful), the excellent Aaron Cresswell and Andre Ayew though the latter was only bought this summer so they can’t have got used to him being around too much and for that reason can’t be missing him too much. I can also understand that they’ve found it difficult at their new stadium but none of that completely explains how disappointing they’ve been.

But I’ll show the great Dimitri Payet a little bit of respect because he can win any game by himself and instead side with a Palace goalscorer given that West Ham have kept exactly one clean sheet in seven attempts in the Premier League this season.

It’s the obvious one but he’s a pretty good price.

I advised a bet on Christian Benteke to score when Palace beat Stoke 4-1 and he somehow managed not to…before going to score in his next two Premier League matches, followed by a World record for scoring the fastest ever goal in World Cup qualifying (after just seven seconds) as part of a hat-trick against Gibraltar. So he certainly can’t be accused of not being in form. He’s worth a punt at 2.38.

Just a quick summary of our weekend bets so far: there’s Chelsea to get more than 1.5 cards against Leicester, Chadli and Rondon to score for West Brom and Benteke to score for Crystal Palace.

And I’ve got one more for Saturday’s action.

Napoli are in action against Roma on Saturday afternoon and there are few sides in football who are as much of a banker for a high corner count as Roma. They don’t get quite as many away from home as they do at home but it’s still two from three away from home to go with the four from home that have gone over 10.5 corners. Napoli’s stats aren’t quite as impressive as Roma’s but again, it’s still four from seven of their matches that have gone over 10.5 corners. But it’s Roma’s stats that I’m really relying on and there’s no way than any match they’re involved in should have over 10.5 corners at 2.0.

And I’ll double that up with what appears a very obvious bet but that doesn’t stop it being a decent one. I like Everton and I think Koeman is definitely the right man for the job but what their good start to the season doesn’t really reflect is how easy their fixtures have been so far. Of their seven games to date, only Tottenham are a side you’d expect to finish in the Top 8, let alone Top 4. And they drew that one at home 1-1, which you’ll remember was a 6.5 winner for us on the opening weekend of the Premier League season.

With Aguero fully fit after an injury scare last week and the possibility of the wonderful Kevin de Bruyne involved, this could end up being pretty straightforward for a side with an 100% record at home against one that the jury is still out about.

1pt Back Christian Benteke to score anytime @ 2.38 with Bet365/Ladbrokes

View all posts by darren → 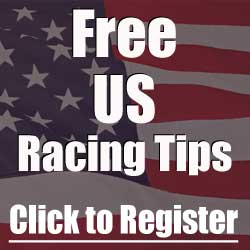