The Weekend Bulletin (Sat 27th May’17)
The minor dip in form for the free big race selections continued with last week’s picks only managing a 2nd and close up 5th place in the London Gold Cup at Newbury. The free ones are a sample of our big race guru, Nick Hardman’s, weekend coverage and sod’s law dictates that we may go for the wrong race from time to time! Overall Nick’s followers are having a profitable time of it from the current campaign which has now reached just shy of +180 points profit combined with a respectable +15% ROI.

If you enjoy the satisfaction of nailing a big priced winner of the weekend’s feature races you may be interested to view this video in which Nick’s method is detailed. 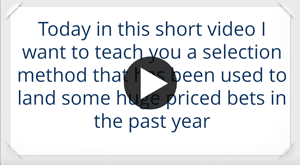 On Saturday in addition to some decent horse racing action there is the small matter of the FA Cup final from Wembley and the bookies have Chelsea priced up around 2/5 to lift the trophy against Arsene Wenger’s Arsenal. Logic points out, barring a boring 0-0 and penalties, that to achieve that they will score at least once and the clear odds on favourite in the “anytime goalscorer” market is the blues Diego Costa (Generally 4/5 – 5/6).

However in the recently published Betting Insiders Members Report (Issue 145) our longstanding football pundit (and Chelsea fan) Mark Foley offers some insights into an alternative to putting your hard earned on Costa. In fact in his article he provided numerous angles to potentially profit from the goal scorer market and here is an extract that is relevant to Saturday’s big clash:-

Flat-track bullies and how to profit from them?
Love him or hate him it is undeniable that Diego Costa has scored a lot of goals in just under three seasons. Everton, Lukaku’s present team, will be glad to see the back of Costa; he has 4 goals in 4 games against The Toffees in the league (1 opening goal, 1 last goal). He must have something against Scousers; both of his goals against Liverpool (in 4 league games) have been the last goal of the game.

A similar story against Arsenal (2 in 5, where both of his goals were the final goal).
The Spaniard/Brazilian has only played 3 league games against Man U and his injury time equalizer at The Bridge last season remains his only goal against The Red Devils. He has had a tougher time against Spurs and City, (1 in 4 and 1 in 5 respectively).

So 7 league goals in 21 games against the other teams in the big 6 and 4 in 4 against Everton. Lower than his overall average, but then again that is to be expected against tougher opposition.

Alternative:
Eden Hazard offers better value than Costa in the scoring markets and has come into his own especially this season.

He has scored twice against Man City as well as finding the net against United, he has also scored a brace against Everton and possibly the goal of the season against Arsenal. More importantly, he has developed a penchant for scoring the opening goal in the big games.

His career record against the top sides is impressive – 4 in 10 against Spurs (and one for good measure in the recent FA cup semi); 3 in 9 against Man City, (all of them either the 1st or last goal); 3 in 9 against Liverpool and 3 in 10 against Arsenal. Add another two against Everton and United and he is one of the few players to have scored the opening goal at least once against all the top sides. A record of 15 goals in 47 games against the other top 6 sides is an outstanding return for a midfielder.

So instead of backing Costa at odds on to score against the Gunners Eden Hazard at 2/1 with Boyles (6/4 Paddy Power) could be the value call given the above info.

Click here to read on and grab a sample of Nick Hardman’s Big Race selections from the racing action on Saturday.

Nick Hardman’s Big Race Selections – Sat 27th May’17
York 3.50pm
Copper Knight did the business for us at Chester and showed blistering speed that day. I am hoping he does not turn out to be just a Chester specialist and is worth backing in this. Soie D’Leau has good form in these types of races and is not out of this while Caspian Prince would be a danger to all if back to anywhere near his best. 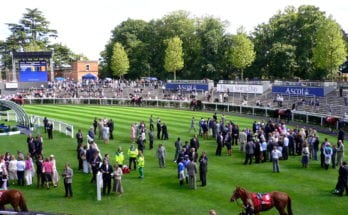